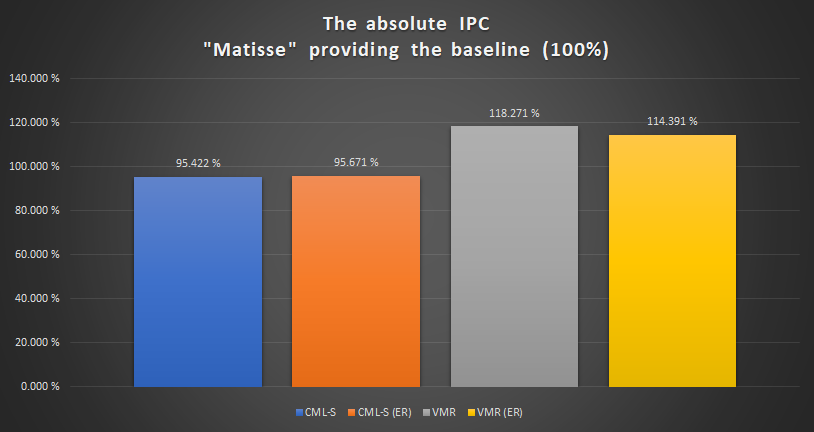 > >
> > MTS = Zen 2, VMR = Zen 3, CML = Comet Lake/Skylake
> >
> > Description here.
>
> I'm gonna criticize this test for the opposite reason juanrga criticized the other one: this person
> didn't match memory speeds. Intel was tested with DDR4-2933, AMD was tested with DDR4-3200. When
> comparing architectures, it's best to keep variables constant as much as possible.
>

I think he takes the same assumption as AnandTech, which is, the ability/support of a certain architecture to run on higher grade DDR4 can be seen as an architectural feature implemented to improve performance, so there is some avenue to argue it should be taken into acount when bennchmarking. And though it is unintuitive, perhaps for benchmarking IPC too.

Basically if you lock every possible clock to be the same (caches, DRAM, cores), you do it isolate changes in IPC in the core itself, with other influences being ruled out.

But if you consider RAM support to be also part of the architecture, you might want to include that into the stuff you measure and so you will lock the clock of CPU and use the max DRAM speed supported.

The problem with the second approach is in the fact that the rated speed seem to be super conservative on Intels (easilly can be run mich higher with XMP) than on AMD (either XMP modules were too untuned for AMD and overtuned for Intel, or it had way less capable memory controller/PHY), at least in Ryzen 1000/2000 generation. THat got a bit better later in Zen2/Zen3.
So it is not clear if AMD *deserves* to be tested at higher DDR speed than Skylake just because it advertises support for higher speed than Intel.


Personally I think I would lock both to same DDR4 speed but I can understand the other approach.
In any case DDR4-2933/DDR4-3200 is luckily just a small difference.

>
> So I find the voltage scaling graph far more interesting:
> 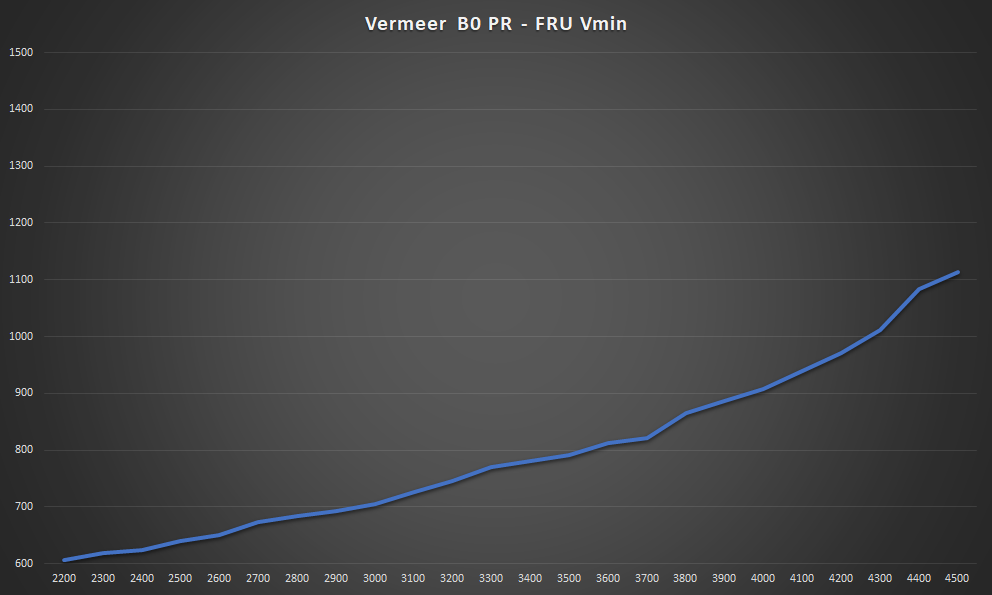