Thanks! This looks much better for Zen 3. It's very close to the theoretical 2x256-bit per cycle load bandwidth. I was looking before at the Zen 2 data at 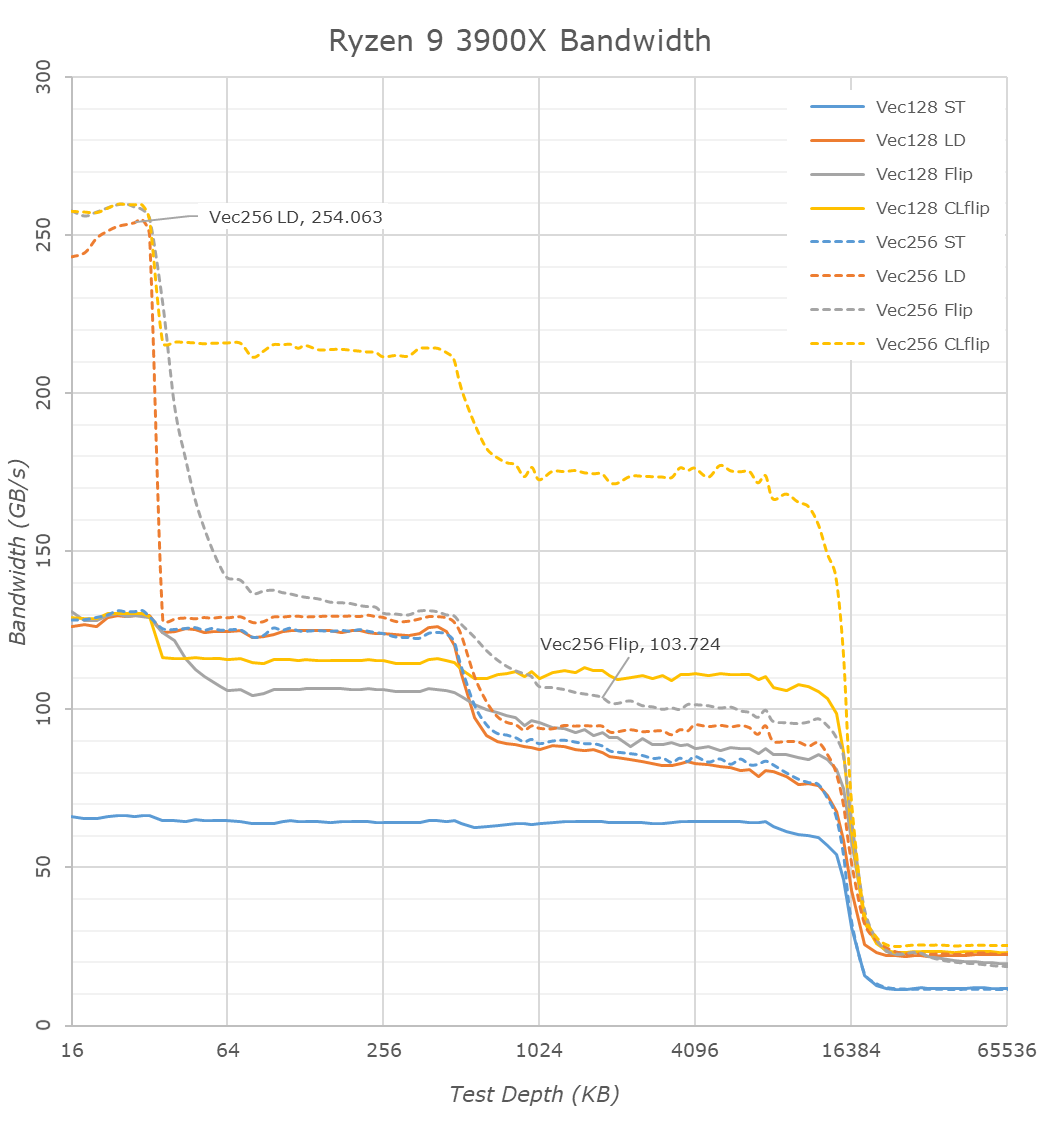 and that just didn't look right.

For M1, it seems to be simply 2x16B/cycle. The only result to exceed 32B/c is only 0.15% higher and I don't think that's significant. It could very well be timer variation. And I assume the 'scalar' loads used LDP.

Also, this wasn't completely theorizing. When I first tried to measure cache/memory bandwidth by linearly reading an array, I had very inconsistent and unexpectedly low results for Zen 2, but not Zen 3. Aligning loads fixed the problem for Zen 2. It seems like Zen 3 actually has 3x256-bit L1D load ports (but only a 2x256-bit path to the FPU) and was able to absorb the misaligned accesses.