Announcement of the IBM PowerPC 970 Processor 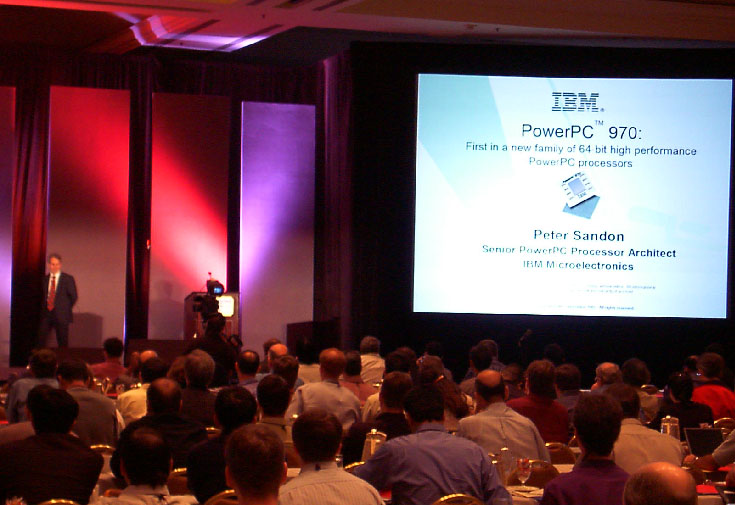 In figure 1, we show rough block diagrams of the PowerPC 970 processor and compare it against the POWER4 processor. Figure 1 shows that one CPU core from the dual CPU core POWER4 processor is removed, the size of the L2 cache was resized to 512KB and optimized to connect to the single CPU core. A Vector SIMD unit was also added to the processor to handle the vector SIMD instruction extensions, and a new bus interface unit has been implemented to optimize for low cpu-count system performance.

Be the first to discuss this article!